You can trust me, I’m an expert

The expert stretched to say.

You can trust me, I know how to make

Your issues go away.

Of a hundred ninety one

Those problems that you thought you had?

We’ll kill ‘em all for fun.

Trust me, I’ve got the know-how

Trust me, I’m the expert

A diploma in self hate.

For I’m not really an expert

Just a guy with a snazzy site.

I talk a lot on LinkedIn

I wish it could be different

That I had a nice career.

And an outlook that was freer.

That’s gone, so I’m a Expert

In Excel and Google Play.

When all I want is to curl up

In a ball and glide away.

written BY IncorrectEmphasis on Thursday, October 21, 2021 No comments:
Email ThisBlogThis!Share to TwitterShare to FacebookShare to Pinterest

“We’re almost back to normal”

Says everyone you meet.

Isn’t it a treat?

The men in suits

Who deal in truths

Will have you back

No kissing or breathing too.

No hands on someone’s shoulders

No humanity for you.

Unless they say it’s OK

In groups of three or under.

For all to fall asunder.

I can sit in the pub.

written BY IncorrectEmphasis on Thursday, October 21, 2021 No comments:
Email ThisBlogThis!Share to TwitterShare to FacebookShare to Pinterest

“What’s that you’re listening to there?”
“What?”
“What music have you got on there?”
“Oh. Ah, the main man - Johnny Hendrix”.
“Johnny Hendrix? Is he good?”
“Yeah. Legend”.
“Is he the only one you’re into?”
“Not at all. Dick Jagger, Dan ‘The Man’ Morrison, even Martin Gaye”.
“Jaysus, you know your music. Where did you pick all that up?”
“Mostly when I lived in Africa”.
“Ah right. Whereabouts in Africa?”
“Brazil”.
written BY IncorrectEmphasis on Monday, August 12, 2019 No comments:
Email ThisBlogThis!Share to TwitterShare to FacebookShare to Pinterest

Darcy McNuggin was the owner of three very specific character traits.
I say ‘owner’ because that’s how he looked upon them.
They were his and his alone, therefore he was the owner.
Nobody had loaned them to him. He hadn’t leased them or taken them on trial.
They were his.

First was his ability to predict your name before telling him.
This lost him many friends due to the time taken to establish the actual name,
but he always got there in the end.
Possibly months and several thousand attempts after the initial meeting but he got there.

An uncanny ability to match any word or sentence with a song.
His New York yellow-cab driving friend ‘Michelle’ ran out of patience with this a long time ago.
It was a big taxi.

A very specific memory of every bad sandwich he had ever bought.
These would be regularly explained in phenomenal detail and with laudable passion,
much to the annoyance of the delayed customers sitting behind him at the
McDonalds Drive-Thru window.

One thing about Darcy -

His traits may be obscure but his logic familiar.
written BY IncorrectEmphasis on Monday, August 12, 2019 No comments:
Email ThisBlogThis!Share to TwitterShare to FacebookShare to Pinterest

What Do You See?

“Make a wrong assumption. Take a look and try and cock it up completely”.

“Do you understand the question? I want you to look here and say something incorrect”.

Momentary flinch around the periorbital edema...bit of skin under the eye, to you and me.
At least that could be read as an indicator of life...a sign that there may well still
be a spark or two left in the noggin.

“Alright. Look at the picture and tell me what you don’t see”.

As questions go, it should be a simple one. Eliminate a cow, a young lady,
a field of green grass, patch of blue sky, sun, some clouds and a barn door
and you’re on your way.

“Anything at all. Name anything you don’t see”.

He had asked that question so many times that it no longer took him aback.
Quite the opposite really.
In eleven years at the facility, only nine of them had named one item not in the picture.
Usually they seem to mutter “Cow” first and then look up pleadingly like a child
tested on his two times tables for the first time in his life.
That’s followed by an immediate reversal after processing his reaction “No, not cow….no”.
No. Not cow.

The flinching had been a once off, it would appear.
This one is useless.
Try for the last time. Too many others to get through today.

Apparently too complex a query.
Click the ball point pen into life, grab the clip board, under the box labelled ‘Yes/No’, write ‘No’.
Again.

One day it will all have been worth it.

written BY IncorrectEmphasis on Monday, August 12, 2019 No comments:
Email ThisBlogThis!Share to TwitterShare to FacebookShare to Pinterest

How Does That Feel?

It’s supposed to feel good. Supposed to ‘make’ you feel good. Like a good person. Y’know…Good.
But it didn’t.
It actually felt bad.
Homeless guy. Buy him coffee and a sandwich. Like a nice person. “Here you go…I got this for you”.
Sealed the deal. Even brought out sachets of sugar. Ham and cheese sandwich. The safe option. White bread.
He shrugged his shoulders and accepted.
Not even a ‘Thank you’. That’s OK. It’s not charity. Why should he thank me? It was my choice. My decision. He never asked.
Still.
Would it have killed him?
It’s supposed to make you feel good.


Just felt like I was down seven euro.
written BY IncorrectEmphasis on Monday, January 02, 2017 No comments:
Email ThisBlogThis!Share to TwitterShare to FacebookShare to Pinterest

Granny made pancakes the same way every day.
In her slippers and dressing gown, hair still taking shape under a factory of rollers, humming a Brenda Lee tune. Or Stones.
Surprisingly eclectic, granny.
Egg, milk, flour and an unregulated allowance on cinnamon.
The whisk plugged, screaming the mixture in short bursts. Taking form like a thought first thing in the morning. Gradually coalescing into the recognisable, the predictable, the expected.
Heat on, pan oiled, mixture added.
Golden.
Just like her.
Just like her.
Granny didn't eat pancakes.
That was just like her.

written BY IncorrectEmphasis on Sunday, October 09, 2016 No comments:
Email ThisBlogThis!Share to TwitterShare to FacebookShare to Pinterest
Older Posts Home
Subscribe to: Posts (Atom)

Promote your Page too 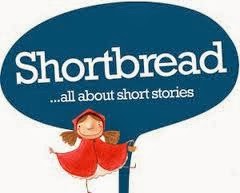 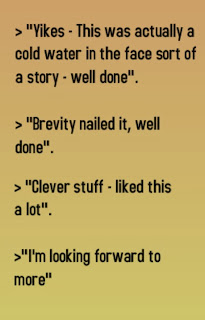